Chilux was born to create convenient, sophisticated, smart and quality products with all the love and to help parents taking great care of their children.

What is E8 E4 standard? E8 is certified by the Czech Republic and when the baby car seat is tested and certified in the Netherlands, it will have the E4 label.

Car seats for children are stamped with an E-certified orange, proving that the product has passed safety tests conducted by a member country in the ECE stands for Economic Commission for Europe.

Above is some basic information, to be able to understand clearly what are the European safety car seat standards for children E8, E4? Then let’s find out more details with Chilux.

What are the European child car seat safety standards?

The European child car seat safety standard is regulated and promulgated by the ECE. If car seat products pass the ECE tests, they can be sold and used in ECE member countries and registered countries that comply with ECE regulations.

Up to now, through research, testing, etc., there are two sets of European car seat safety standards issued, ECE R44 and ECE i-Size.

ECE R44 was approved on November 17, 1982, in Europe, after a series of child car seat safety tests. This regulation is in force in most European territories, as well as member states. To date, the ECE R44 standard has undergone four revisions to meet practical safety requirements.

Thus, the last two digits of the ECE regulation R44/04 that we still see on the orange baby car seat labels, indicate that the product has been approved under the fourth version of the regulation, entered into force in June 2005 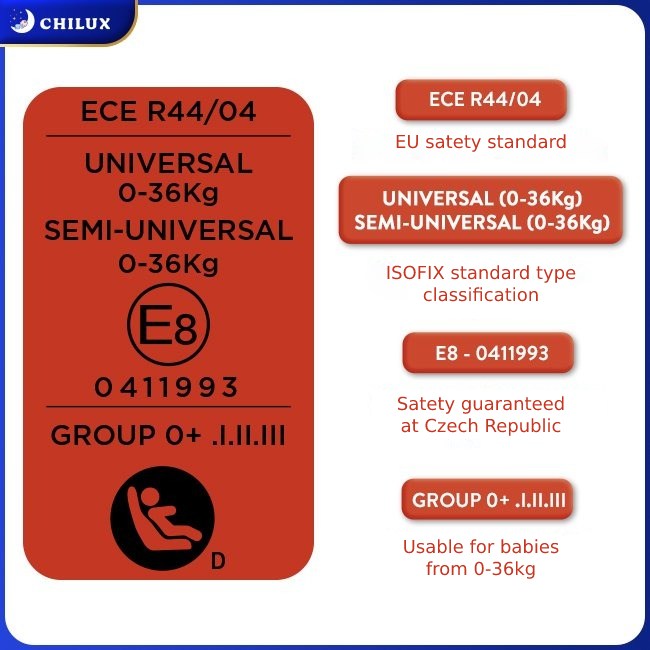 And this is also the latest version of Regulation No. 44 on safety standards for baby car seats issued by the European Economic Commission. Up to now, this version is still valid.

With the help of baby dummies and specialized measuring devices, experts can know how well a baby car seat is. If the safety standards are not met in the tests, the model must be redesigned and not allowed to be mass produced.

This standard also clearly requires that baby car seats used for children in group 0+ must face back; Children from group 1 can face forward, but experts recommend a rearward facing position for babies in group 1.

ISOFIX and Seat Belt are two ways to install baby car seats on car seats according to ECE R44/04 standard. In particular, ISOFIX allows simple operation but ensures accuracy, and is recommended to become popular. 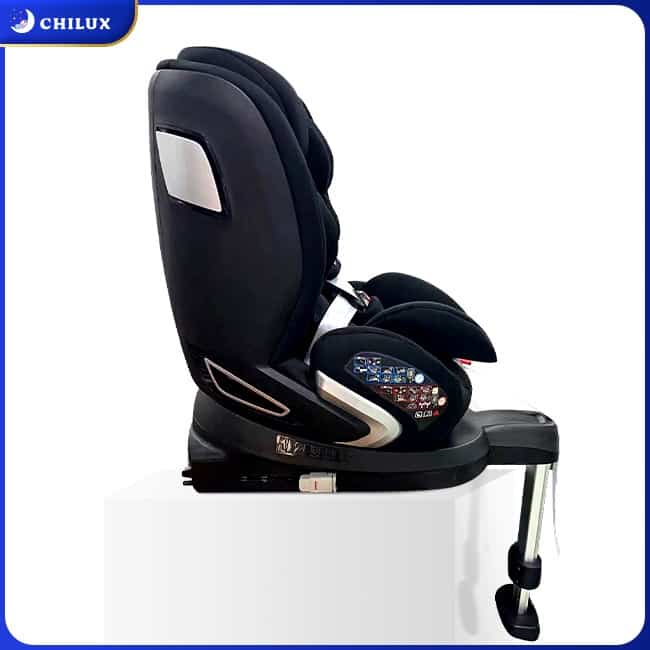 ECE member states will include the European countries, the United States, Canada, the Central Asian republics and Israel. ECE R44/04 is issued by the European Economic Commission and recommended by member states but not mandatory. This means that member countries can fully apply the provisions of ECE R44/04 but can also have their own regulations.

And to distinguish baby car seats that have been tested and evaluated for safety standards in which member countries of the ECE, the E-mark label was born. E-mark labels are denoted very simply by a capital letter E, after this letter there will be a number. This number represents the country in which the audit was performed. 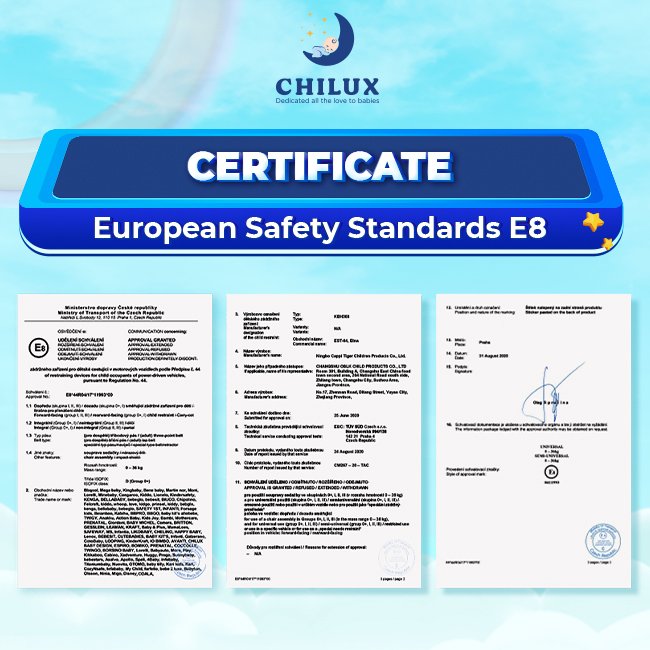 However, it should always be noted that a baby car seat with a capital E label indicates that it has been tested by an ECE country. But if a product is related to technical vehicles, motor vehicles and receives a lowercase e label, it proves to have passed the tests of a member state within the EU only (European Union).

Where should I check the European E8, E4 label for baby car seats?

Aim for users to easily check that the baby car seat that they are going to buy receives a safety certificate according to which European safety standard? Which country in the ECE conducts the test? How much is that child seat? Install ISOFIX or Seat Belt?…. Each baby car seat will have an orange label.

In addition, while using the Chilux baby car seat, if you have any questions about the product, please call the Customer Service Center: +84388 922 442 for support.

Vote for the article